FA Cup Final 2019, Manchester City vs Watford. Will Kick off at 5pm at Wembley Stadium.

Gracia: 'I Am So Proud To Be In This Final'

The club also recently launched its new campaign #ImagineIf to align with the FA Cup final.

There are three options for your viewing pleasure as the match will be shown on both BBC1 and BT Sport 2. or if your Local then there are...

Live screens in Watford INTU centre, and also in the Cassiobury Park.

The screening will start at 4pm for the build up to the match which starts at 5pm and has an estimated finish time of 6.45pm.

The screens will be switched off after the medal ceremony.

There's a BUZZ in the air 🐝
Come on #WatfordFC
Let's win this your first FA Cup Final in 35 years.
Video by @itvlondon with @RagsMartel pic.twitter.com/d8uKlBWPsb

As Watford FC prepare for their first appearance in the FA Cup Final for 35 years, fans are trying to emulate the atmosphere of 1984 in the town. The 1881 Movement said the large flag on Watford town hall is in memory of all fans who have died.

Roy Moore, who set up the 1881 Movement in 2013, with the aim to improve the atmosphere at the club's Vicarage Road ground, added: "It's about galvanising people to come together." 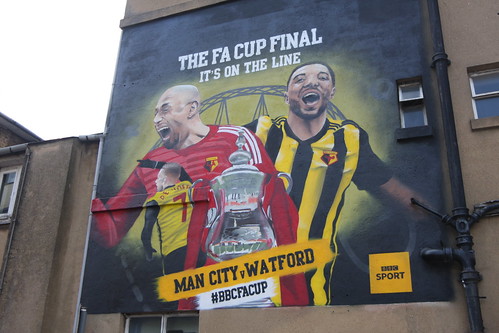 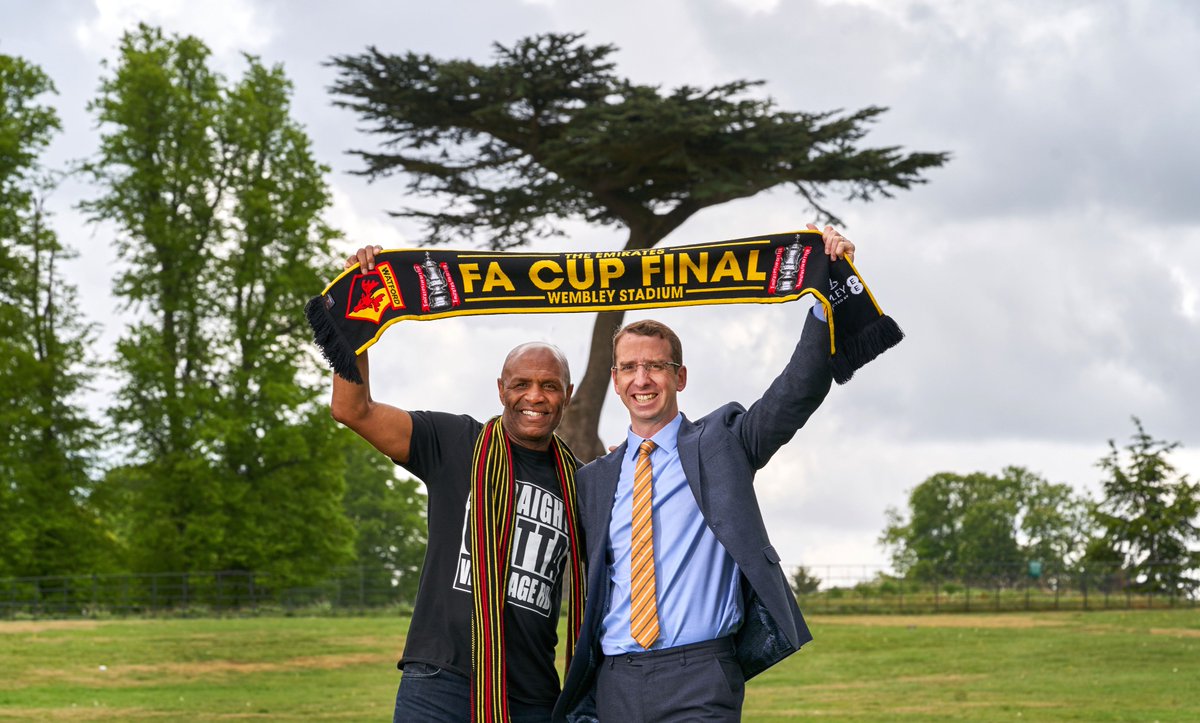 The mayor was joined by Luther Blisset in Cassiobury Park to announce that watford will be hosting a free Big Screen for WatfordFC fans who can't make it Wembley to watch.

To coincide with WatfordFC's FA Cup Semi-Final success, a foyer exhibition will go on display at Watford Museum, combining unique treasures – like the silver trophy from the Play Off Final, the rosette from the club coach to Wembley in 1984 and Graham Taylor’s own medals. Watford FC Football Club Celebrated Premier League Achievement
The Open Top Bus started to be greeted by fans at the starting point at the A41 North Watford Dome Roundabout.

BBC Three Counties said about 20,000 people had joined the celebrations in Cassiobury park to welcome the Team.